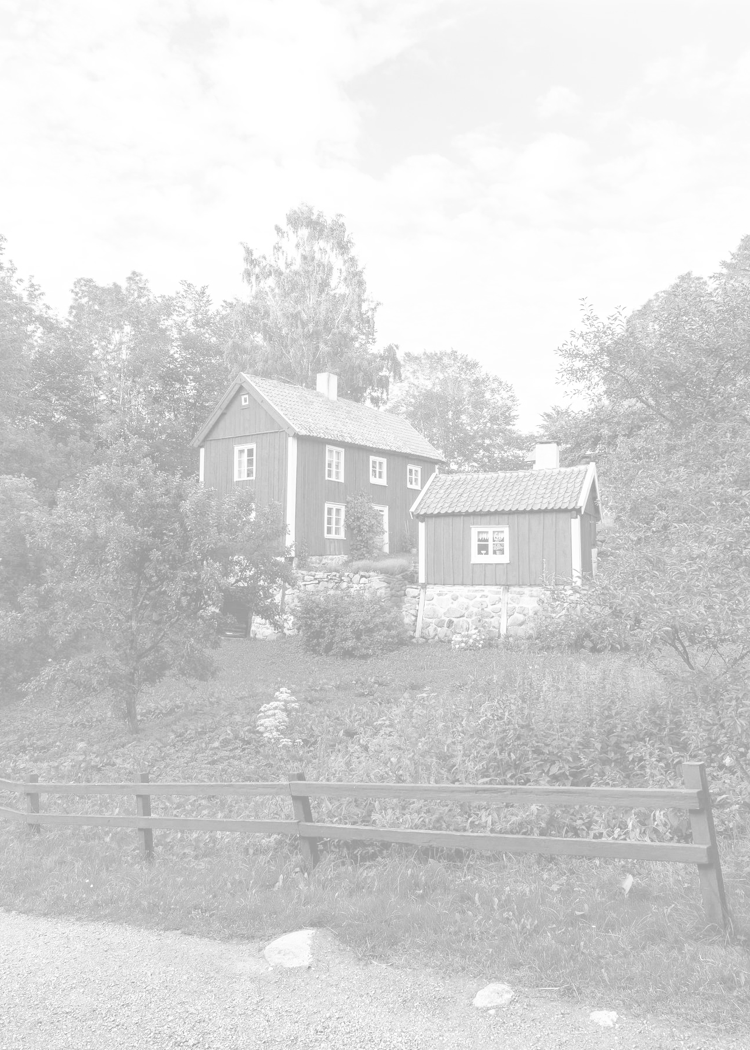 Province
of Småland
Arctic Roe of Scandinavia's sturgeon farm is located in the province of Småland. In the 16th Century, this province was in the border zone between the Danish and Swedish kingdoms. After Sweden's victory over the Danes, certain local inhabitants rebelled against King Gustav's strict rule.
The rebellious past has been transformed in to a friendly present. The municipality of Markaryd, where Arctic Roe has its facility, has numerous times been recognized as Sweden's most company friendly and entrepreneurial municipality.

After Sweden drove out the Danes, King Gustav 1st introduced a strict rule with consequences that were not always popular. Not all inhabitants of Småland supported King Gustav. Famous groups of rebels fought the King in the province's vast woods. This resulted in a local society largely lacking in nobility, castles and dependent labour. The self-supporting independent local farmer was a common type of inhabitant.

The province has always been quite rocky with relatively little arable land. Local people have worked hard to remove the rocks to create farmland, which is why so many stone walls are evident when driving around.

Also, a large part of the population of this province left Sweden at the end of the 19th century and beginning of the 20th century for a new, risky future in America when Scandinavia was facing a famine.

Many well-known authors come from the province. For example, Astrid Lindgren, the world-famous author of children's books, was born and raised here. Her novel character Pippi Longstocking is a young, unpredictable and superhumanly strong girl who lives on her own and helps other children and animals. Pippi is like the rebels at the time of King Gustav 1st, not obeying stupid orders but deciding herself what to do.

All these events, rebellions, hard work and the exodus to America show the determination and entrepreneurial character of the people of the province of Småland. Consequently, on several occasions the municipality of Markaryd, which is the home of Arctic Roe of Scandinavia, has been recognized as Sweden's most company-friendly and entrepreneurial municipality. As a company we feel we have the support and blessing of the municipal authorities and, for that matter, all other authorities.
It is therefore no coincidence that Arctic Roe of Scandinavia has many mighty neighbours in this province. To the east in the town of Älmhult are the roots and global research centre of IKEA. To the south, in the town of Markaryd, the municipality's main town, is the headquarters of the Nibe Group, one of the world's leading manufacturers of heat pumps and heat exchange technology.
Arctic Roe of Scandinavia is a young company but a Swedish pioneer when it comes to producing black caviar. We are proud of being part of Småland. Who knows? Give it a little time and IKEA and NIBE may consider stating that they are the neighbours of one of the world's most famous producers of black caviar.

Return
Our history
A number of the company's shareholders have been investors or managers in Western oil, gold, agricultural or similar ventures in Russia. A lot of them share the same background: studying the Russian language in the Swedish Armed Forces during the Cold War era.
Many of them decided to listen to the classic words "Go East young man Go East" when the Berlin Wall was torn down and the Soviet Union collapsed in 1991. The current Managing Director of the company was CEO of a number of western-listed commodity companies, so-called Russian juniors, in the 1990s and the first years of the new millennium. During many business trips he became familiar with the sturgeon fish, black caviar and sturgeon farming in general. In 2015, he and a couple of friends decided to start a sturgeon farm in Sweden – and Arctic Roe of Scandinavia was founded. New shareholders have entered the company as the project has developed from permit stage to first caviar production. Currently, there are some 35 investors who jointly own the company. The biggest shareholder holds approximately 13% of the capital and votes. 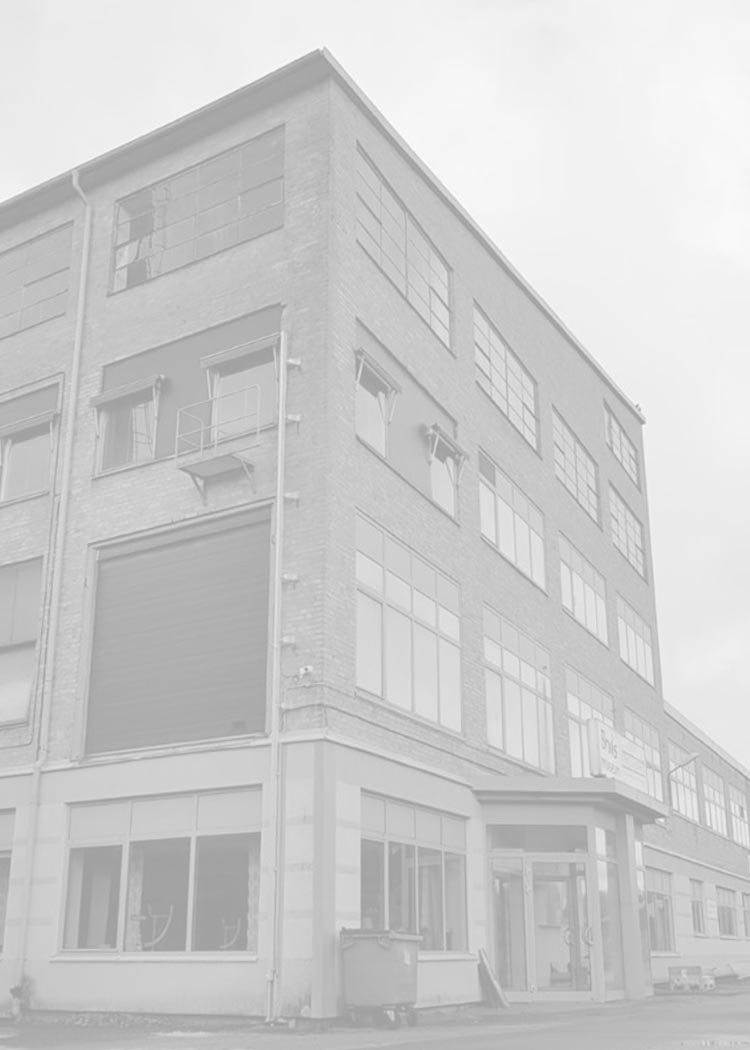 Paper mill fish house
Arctic Roe of Scandinavia's fish are housed in an abandoned and converted paper mill in Småland. At the end of the 19th century, a pulp and paper mill was built on the Lagan river in the town of Strömsnäsbruk.
It was natural place to build a mill as a hydroelectric power plant had been commissioned there at the same time, ensuring electricity for the mill. Over a period of more than 100 years, ownership of the mill changed hands a couple of times. At the beginning of the new millennium, only a sack paper production line remained. Shortly thereafter, the mill closed down.

At the time, the mill was converted into a logistics building housing a number of smaller and medium-sized companies. Arctic Roe of Scandinavia is one of the tenants currently renting some 1,000 m2 of space. At its peak, some 1,500 employees worked at the paper mill and the whole town was dependent on it.

Nowadays, there are far fewer people working for the various tenants of the old mill. This development is not unique for Strömsnäsbruk, Sweden, or even other parts of the world. This is the development cycle. Arctic Roe of Scandinavia AB could never be the biggest employer in Strömsnäsbruk — but it could certainly be the most tasty alternative.
Return
Aqua system
Arctic Roe of Scandinavia uses a so-called recirculating aqua system (RAS). Scandinavia in general, and Sweden in particular, has very strict laws regarding animal health and environmental issues. It is not permitted to farm fish in open water if the fish in question is new to Scandinavian nature.
So, even if sturgeon lived in the Baltic Sea and Scandinavian rivers at some point, it is now considered an invasive species. Thus, Arctic Roe of Scandinavia is not permitted to farm the sturgeon in open water. The permit requires the company to keep the fish indoors in a closed water system (RAS) as well as apply very extensive water cleaning solutions to the outgoing water. Inside the system of pools that house the fish, water circulates at a speed of up to 180 m3/hour.

A complex three-stage cleaning system that works continuously ensures absolutely clean water for the fish. An automated steering and control system monitors a large number of parameters such as PH, oxygen, temperature, salinity and pressure. If any parameter falls outside a permitted range, an alarm alerts the operators, who immediately check the source of the potential problem.

Arctic Roe of Scandinavia also separates mud particles and sterilizes the outgoing water before it is released into the municipal sewage plant. All this is done in order to prevent residue from the sturgeon making contact with the wild fish living in the nearby river Lagan.

Permits and inspection
The various permits received and the authorities that inspect Arctic Roe of Scandinavia. As stated above, fish farming is highly regulated in Sweden.
A Swedish sturgeon farm is more controlled and therefore costlier to operate than similar farms in the majority of other countries. A starting permit to farm sturgeon was obtained in 2016 from the local county administration after a review process encompassing several months. A while later, Arctic Roe was classified as a prime producer of food items by the same county administration.

In 2018, Arctic Roe was approved by the Swedish Agricultural Board in accordance with the CITES rules (permit to trade in goods from endangered species). Thereafter, in October 2018, the company's food processing unit was inspected and authorized by the Swedish National Food Agency (Livsmedelsverket).

Animal health status is checked at least once per year by an assigned veterinarian who visits the company. Food safety issues are controlled by the Swedish National Food Agency, which also visits the plant from time to time. In addition, water and waste issues are monitored by the environmental department of the local municipality. A close dialogue is also maintained with the water treatment and fresh water supply officials at the local municipality.

Also, any sturgeon imports to Sweden require an import permit that is granted by the Swedish Agricultural Board. Each proposed imported batch is reviewed over a 30-day period, after which approval will hopefully be granted.
All this is carried out in order to ascertain that Arctic Roe of Scandinavia complies with the prescribed rules and delivers a superior product to its customers.
Return
Quality is key
Arctic Roe of Scandinavia's mission and strategy — product quality is key. The company is focused on creating a sustainable business. The priority is to produce a Scandinavian black caviar under the Scandinavian regulatory framework, which is probably the strictest in the world.
No compromise will be made when it comes to product quality.

The crucial water quality is ensured by sourcing water from two of our own wells drilled to a depth of around 100 metres. The incoming water first settles over a number of hours in settlement tanks specially constructed for the purpose. As a backup, the company may use municipal drinking water. Only the best quality feed is purchased by the farm. Heat comes from the central heating grid in the town of Strömsnäsbruk. The energy source of the heating plant is biofuel.

If the water in the fish pools has to be cooled during the warm season, the company has its own cooling machine that generates cold water, as well as residual heat. This may come as a surprise to non-Scandinavians who believe that Scandinavia is always cold, covered in snow and frequented by polar bears. This is not quite the case. The summer of 2018 was the hottest for several hundred years and the outside temperature in Småland over many days was +30 degrees Celsius.

In the first stage of its development, Arctic Roe of Scandinavia will focus on Swedish, Scandinavian and Nordic clients. However, Arctic Roe will soon be looking for potentially interested clients in other parts of the world.

Our caviar
We currently only breed Siberian sturgeon (Acipenser baerii). The company has a permit to breed five different species of the approximately 27 different types of sturgeon that exist.
The roe is harvested at regular intervals and prepared in the same location. Arctic Roe of Scandinavia's hygiene facility is located on the same floor of the mill in order for the whole production cycle to take place in one location.
Return
Contacts
Arctic Roe of Scandinavia AB
Company identification number: 559035-8924
VAT number: SE559035892401
Tel: +46 708 855504